A high quantity of iron in well water is a severe concern for homeowners relying on it. The presence of iron in water causes stains in washrooms, clothing, and iron bacteria also leads to smell in the water.

Most of us think that by installing a standard water softener system, we can get rid of the iron problem in water. To be honest, water softeners can remove iron from water but in very low quantities. The well water, on the other hand, usually has a high level of iron in it.

Reasons Water Softeners are Ineffective against Iron in Well Water

The standard water softeners use resin beads with sodium ions to draw out calcium and magnesium from incoming water. The positively charged sodium ions are not able to deal with high quantities of iron in the water. The iron then remains in the water and goes out for use in your home.

What does Iron do to your water? 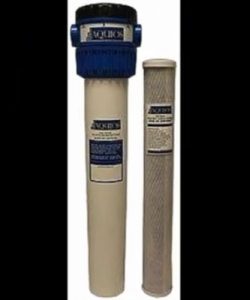 You cannot rely on one water solution to get rid of every contaminant in water. At least 2-3 systems are needed to make water pure and fit for drinking and other purposes. The best way to deal with this problem is to add an iron filter just after your standard water softener system. The water from water softener should go into an iron filter, which will remove iron from water and make it safe for your appliances, ceramics, and other uses. It will also remove the smell created due to iron bacteria in water. Still, some water softeners help purifying well water, you should check them.

Reverse osmosis water filtration systems can also remove iron effectively, and they also provide you with pure water for drinking and cooking.