The difference between the water softener and the water filter is that softener removes the hardness from the water to make it soft. But it doesn’t exclude certain impurities from the water. It works on the ion exchange method where the calcium and magnesium ions get exchanged with the sodium ions.

On the other hand, the primary function of the water filtration system is to remove impurities from the water. It partially removes hardness from the water. As a result, the water gets free from different contaminants but doesn’t become soft.

The Main Goal of Water Softener 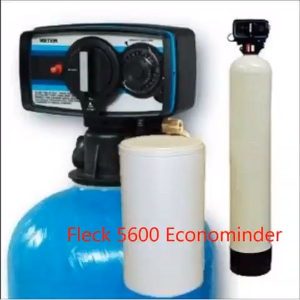 As the hard water is bad for health, so the main purpose of using a softener is to remove hardness from the water to increase the lifespan of clothes, appliances, and faucets. The hard water affects these things badly by building up the limescale, and the soft water is the only solution to prevent these damages.

The water softener can partially remove sediment and iron/rust, but these contaminants damage the system. Other than this, water softener doesn’t change the taste and odor of the water. Also, it neither removes chlorine and chemicals nor the fluoride and lead.

The Main Goal of a Water Filter

The primary objective of the water filter is to filter impurities present in the water. Its main function is to make the water drinkable to prevent different health issues.

The water filter partially removes hardness from the water, but the water hardness blocks the filters. Do check out our guide to water filter pitchers to choose one for you.

When to Use a Water Softener or a Water Filter

If your incoming water is full of calcium and magnesium along with other minerals, then you are required to use a water softener to get rid of these minerals and to make the water soft.

If the taste of the water is not good and it also smells bad, then there are impurities in the water, and you must have to install the water filtration system to change the taste and odor of the water.

Water Softener removes minerals out of the water including calcium and magnesium that make the water hard. It makes the water soft by replacing the calcium and magnesium ions with the sodium ions to prevent scaling in the pipes, spots around the faucets and in the dishes, and the extra usage of washing powders and soap. Water softeners waste a lot of water to keep your system running to provide you with continuous soft water.

If we talk about the water conditioner, then it doesn’t soften your water. It doesn’t remove the calcium and magnesium from your water. Instead, it removes harmful chemicals like chlorine. There is a strong magnetic field inside the conditioners that is called a descaler. The function of the descaler is to rearrange the ions inside the bad minerals so that they don’t mix up. And this prevents the minerals from clogging your pipelines, reducing the lifeline of your appliances, and making your clothes look untidy.

A water softener removes hardness from the water to make it soft and usable. The calcium and magnesium ions get removed from the water through the ionization process, and the sodium ions take their place.

On the other hand, the reverse osmosis filters the water. The system uses filters to remove the contaminants and impurities from the incoming water to make it clean and clear. It eliminates the impurities that change the color, taste, and odor of the water.

Water softener makes the water soft but doesn’t remove the impurities from the water.

Reverse osmosis removes the impurities from the water but partially removes hardness. If your taps are running with hard water, then reverse osmosis system is not the best choice for you.

Water softener conditions the water. It removes those minerals from the water that causes hardness through the simple ion exchange process. The water softeners add salt into the water to get rid of the calcium and magnesium ions to make it soft.

On the other hand, if we talk about the descaler, then it requires no salt to work. Also, neither it needs electricity to operate nor requires any maintenance. It is a highly economical product that many homeowners, as well as the business organizations, use for treating water.

What does a water softener do?

A water softener transforms the chemical composition of the water to convert it from hard to soft.

What does a water conditioner do?

A water conditioner doesn’t remove the hardness. Instead, it reduces the effects of hardness to prevent scaling.

The water is treated with the help of magnetic field that charges the water. And this charging of water forces the minerals to turn from cubic to circular. And when they become circular, they lose their power of forming the scale deposits. 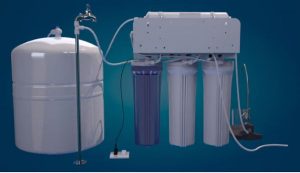 You can purchase the water softener salt pellets from any hardware store. Also, there is no competition between the brands so you can get that of any brand.

But one thing that you should keep in mind is that the larger salt grains work best when they are used in the water softening systems. To make the water softener salt effective for melting ice, try to buy the smaller salt pellets. 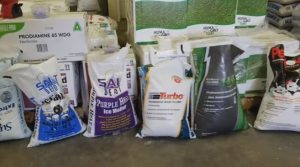 If you want to melt the ice faster, then calcium chloride is the best above all. It not only softens the solid freeze ice in no time but also leaves its impact for long. The ice melt melts to -15 degree Fahrenheit.

Other than this, for safety reasons, you can go for salt-free ice melt to keep your pets safe and secure.

Water softener salt is quite safe to use for melting ice. It is also much cheaper as compared to the rock salt or the ice melt so that you can use it without any hesitation. It is also much effective in terms of ice melting. The results are good and safe as well.

Rock salt is the most widely used product that people use for ice melting. Sidewalk salt is also known as the rock salt. It is quite easily available and can melt to 5 degrees Fahrenheit. The rock salt is the mineral form of sodium chloride, but it is unprocessed. It melts the ice faster than the water softener salt.

A little amount of rock salt is enough to create its impact. The salt first melts the ice partially, and then the salt water goes deep down the ice to break the strong bonding between the ice and the sidewalk.

Note: One thing that you must keep in mind that you can never use the rock salt in the water softener. This sidewalk salt carries different insoluble minerals that can block the beads as well as the water containers. The sidewalk salt is less expensive as compared to the softener salt, but after blocking everything, it will make you pay more than your imagination.