It is a relief to know that Americans enjoy the 2nd safest water in their taps, but due to increasing water pollution, aging infrastructure, and old plumbing equipment, a lot of cities are facing the problems of contaminants. Before we look at the cities in which drinking water is toxic, let’s have a look at the common contaminants found in your tap water.

According to a report published by CNN, potentially toxic chemicals were found in major US cities. These compounds are known as PFAs and are very harmful to your health. We will discuss this report later in our article.

Major US Cities with Toxic Water 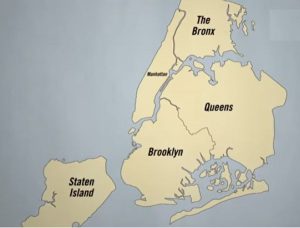 All the large urban cities in the US have municipal water treatment centers, despite the best efforts of the administration, natural disasters, human errors and other problems like infrastructure breakage can cause your tap water to get toxic. We have done extensive research on this problem and then highlighted the major cities in the US which have the problem of contaminated water.

Fresno and Modesto are the two cities in California that show up as having the worst drinking water quality. Various researches carried out in Fresno showed that tap water contained 19 contaminants such as arsenic, manganese, nitrates, uranium, bacteria, and viruses. Mining pollutants were also found in the drinking water.

Modesto’s water contains around 13 toxins in drinking water. Most of the toxicity in water is due to contamination from agricultural waste.

Dos Palos’ water supply has been linked to a high percentage of trihalomethanes. These chemicals have been linked to causing kidney problems and cancer in rare cases.

Pittsburgh has been facing the problem of lead contamination due to old infrastructure. The city authorities have been working tirelessly to replace the water infrastructure for 4-5 years. The construction is slow, and owing to the COVID-19 pandemic, work has been halted as a measure of social distancing.

Due to radioactive activities, people in Texas have to drink toxic water. The most affected city being Brady. Radium levels in Brady are 9 times higher than the legal limit.  For people living in Brady, you must never ignore this issue as it can be severely dangerous for you and your family’s health.

Huston’s water is also unsafe to drink. Some reports rank it as the third most toxic drinking water in our country. The common contaminants being arsenic, lead, chlorine, and benzene in the tap water.

Midland’s water also contains 13 contaminants in the drinking water as per the reports and tests conducted by independent testing laborites and NGOs.

Omaha is the most populous city in the state of Nebraska. The city’s water quality is very poor. It contains around 18 contaminants with arsenic having the highest percentage. The water also contains trace amounts of nitrate, atrazine, manganese, and total trihalomethanes, which fall inside the legal range. Although tap water is safe to drink, you would still need water filtration.

Milwaukee is also suffering due to old infrastructure and lead contamination. The primary source of water is Lake Michigan. Despite the efforts of city authorities to provide you with clean drinking water, lead contamination from plumbing pipes is a serious issue.

The city of Reno, known for its amazing casinos, also has drinking water problems. The water supply tested randomly contains around 11 contaminants, which are unhealthy to drink.

You must have heard, what happens in Vegas, stays in Vegas. But unfortunately, one of the most famous tourist spots in the US and the entire world has one of the worst drinking water in the US. The water contains around 23 contaminants, 10 of which are above the legal limit.

This city also has drinking water problems. The use of agricultural pesticides and fertilizers has impacted water quality. Its water supply contains dangerous and toxic contaminants that should not be consumed.

The old infrastructure made from lead is the major cause of lead contamination in the city. Faulty policies resulted in lead contamination of the city’s water supply. The authorities have worked tirelessly to bring the levels of lead inside the legal limit. However, drinking tap water without any treatment is still unsafe.

The same problem has impacted the water supply of Detroit as well. The increasing levels of lead in water supply pose a serious health risk for children, pregnant and breastfeeding women, and older citizens.

Newark’s water has been a target of lead contamination for decades. The lead levels reached a high during 2017-2019, showing a level of 15 parts per billion. Since then, the city’s management has worked tirelessly to reduce the levels, and they also distributed free filters for installation at homes and offices. 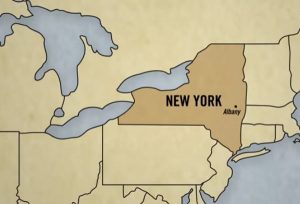 Newburgh’s water supply got so toxic that the authorities had to declare a state of emergency. The water treatment plants were given strict instructions to control and monitor drinking water supplies. Residents were also urged to start using bottled water or install water filters on an urgent basis.

To summarize the above discussion, a report published at Business Insider verifies all the facts mentioned above. The US Environmental Protection Agency, EPA, has stated the lead and copper rule for drinking water. You can also check the level of other common contaminants found in drinking water. This information comes in handy while you are getting your water tested for water treatment filters installation at your home or office.

The PFAS Report and Water Toxicity in Major Cities of US

Environmental Working Group published a report about the presence of PFAS that 20 cities and regions across the US had contaminated water supply.

A news article published by the USA today outlines areas including “Washington, D.C., Philadelphia, Miami and Louisville, Kentucky – contained PFAS levels of at least 10 parts per trillion”. It also states that “Forty-three areas, including New York City, Nashville, Las Vegas and Sacramento, had detectable PFAS at least 1 part per trillion.”  Exposure to PFAS can lead to some serious medical issues like cancer, liver damage, fertility problems, and high risk of asthma, along with the dangers of getting thyroid diseases. PFAS are found in food packaging, cookware, and other consumer products.

Reuters termed this problem as forever chemicals. Stressing that they are tough but not impossible to get away from water, it has has been termed as the most dangerous problem related to drinking water by the environmental watchdogs.

Final Word – How to get rid of Toxic and Contaminated Water

Almost all the major cities of the US are facing the water toxicity problem. Drinking contaminated water is hazardous and a risky matter for your health. You need to take a couple of steps to make sure that you are drinking pure and healthy water. First of all, get your tap water tested, once you have the results; consult EPA’s guideline. If the levels are within the legal range, you may still need to install a water filter because water quality can be impacted due to natural disasters or chlorine addition for disinfection. For levels well below the legal range, you would need a Reverse Osmosis (RO) filtration system with a UV light and re-mineralization stage for adequate protection. A 3 or 5-stage water filtration system can also be beneficial if the contaminants are common and vary just a little bit.