Bad tasting water is a common phenomenon, and it happens to every one of us once in a while. Despite EPAs guidelines to monitor the contents of drinking water, problems in taste, purity, and smell destroy your tap water. People who drink well water also face taste problems. Taste problems from well water can happen due to contamination from soil, seepage from surrounding areas, use of fertilizers, and other human interactions.

In this article, we are going to discuss some of the reasons behind your water tasting terrible. We will also mention a solution to each problem. 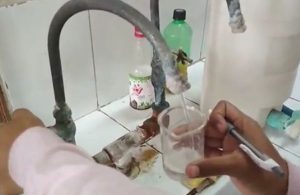 A high level of total dissolved solids (TDS) such as calcium and magnesium makes your water taste bad. The presence of such minerals also makes water hard, which is dangerous for your water-related appliances as well. TDS level can also increase due to the corrosion of plumbing fixtures in your home.

Solution: You can get rid of the hard water problem in two ways. For drinking purposes, a RO filter is recommended, for saving your plumbing and appliances, using a water softener and softening salts are best options.

Municipal water treatment plants add chlorine in the water to disinfect it. It leads to a flat taste that irritates your taste bud, and you feel like spitting out. High chlorine content also gives water a pungent order. It makes it impossible to drink water. Chlorine problems usually go away after a few days, but it is better to deal with it on permanent footings because chlorine is not the only thing to cause bad taste for your drinking water.

Solution: An activated carbon water filter removes excessive chlorine from your water. It also removes a majority of contaminants in your tap water like sediments and a few heavy metals. 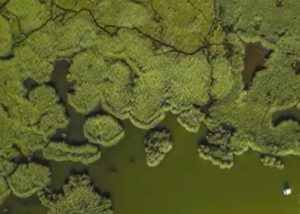 Microorganisms like algae and fungus attack your tap water frequently. Despite the treatment at municipal water centers, such microorganisms attack your water while it passes from water pipes or plumbing at your home. It gives a fishy taste to your water and a dirty smell as well.

Solution: Microorganisms are so small that a carbon filter cannot capture them; you would need a RO filter with UV light. While it kills all the contaminants, a RO filter also removes minerals from the water. Look for a filter with a re-mineralization stage.

The presence of bacteria in your water gives it a taste like mold. It makes the water undrinkable and also adds a pathetic smell to it. Bacteria can attack your water during its journey from the treatment plant to your home.

Solution: The most effective way to get rid of the bacteria in your water is to use a UV light filtration system. Bacteria are so small that it has to be killed and cannot be captured by any membrane or filter.

Boiling your water also kills bacteria, but it also evaporates the healthy minerals in your water.

Solution: The best way to fix the heavy metal problem from your well water is to use a RO filtration system.

Some areas may face the problem of salty water. It happens due to the presence of chloride ions in water, which comes from the common salt (sodium chloride), which comes in due to proximity to coastal regions. Sulfates can also give your water a salty taste as they are present in the soil of urban areas as well.

Solution: Once again, we would like to suggest a RO system to get rid of this problem. Chloride ions can also be dealt with by an activated carbon filter.

The above discussion funnels down to one basic point; which filter is best for me so that I can get rid of the taste and other contaminants in the water? The best way to decide which filter you need is to get a sample of your water tested or ask for a water report from the municipal treatment center. Once you know what’s causing the bad taste in your water, you can select a water filter according to the above suggestions. We recommend that you do not ignore the bad taste problem and get it solved right away. We have a humble request: Do not waste water frequently in the hope of getting normal taste water from your tap. Save water and play your part in environmental conservation.